The iRat (intelligent Rat animat Technology) is a rat animat robot designed for robotic and neuroscience teams as a tool for studies in navigation, embodied cognition, and neuroscience research. The rat animat has capabilities comparable to the (then) popular standard Pioneer DX robots, but is an order of magnitude smaller in size and weight. The robot’s specifications are:

To augment the value of the platform to a broader range of researchers, the robot uses the Player-Stage or Robot Operating System (ROS) frameworks, and C/C++, Python, and MATLAB APIs have been tested in real time. We have made several iRats in a variety of colours.

I led the development of this robot by designing the first prototype to test the concept. I then collaborated with an industrial design group to produce the final robot. Scott Heath wrote much of the robot’s software.

This robot has and continues to be used in a wide variety of experiments such as:

You can find out more about these in the related projects. 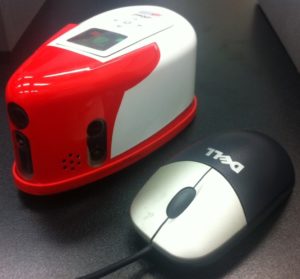 Final iRat next to computer mouse for scale. An industrial design company, Infinity Design, has styled the iRat’s cover to give a professional look suitable for commercialisation.

This shows the different parts of the iRat. 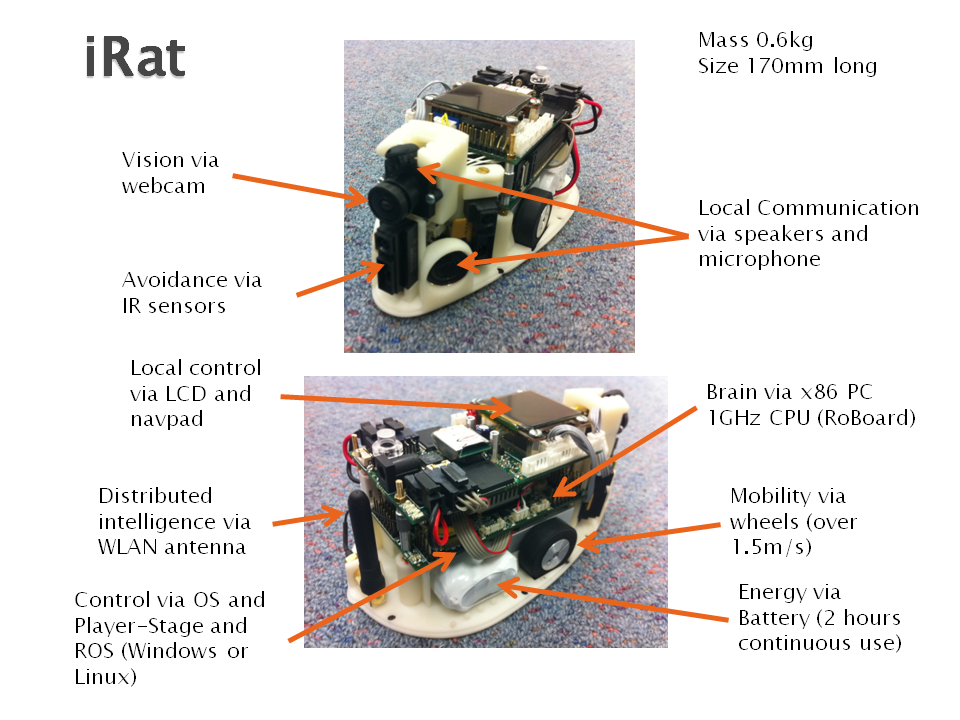 Workshop – A Rat Animat at the “Temporal Dynamics and Learning Centre”, San Diego, USA in May 2010